The Case Against “Style”

Alright, creatives around the world, brace yourselves because this next sentence is gonna hurt: your commitment to a personal style is harming the work you do.

There, we said it and we will not apologise for saying it. It’s blasphemy for any creative to admit that their sense of personal style is anything but perfect. After all, we define ourselves by our personal styles. The way we think about certain things in the world helps us to creatively engage with the world around us.

We think about ourselves as the creative heads who made those decisions. At least, that’s what most of us aim for, right? To create an idea that connects with billions and lasts well beyond our lifetimes. Sure “Do The Dew” isn’t the epitome of art but it’s a tagline that satisfies the client’s marketing needs while living well beyond its creator. If that’s what comes out of “personal style”, why then should anyone argue against it?

In the design world, the phrase “form is greater than function” is thrown around a lot as a the most obvious critique. That criticism comes directly out of the idea that the “personal style” of the designer is weighing down the functionality of the logo/branding/identity.

When all you have is a hammer, everything does start to look like a nail. It’s good to have style. But if, as a creative agency, you’ve boxed yourself into a certain style, you’ve limited the growth of your work. Not only do your current clients start looking elsewhere for the work that needs to be done in a separate style, your future clients don’t even consider you as an option.

Because guess what? Brands aren’t really paying for art. Brands have problems which need solutions. And our job as a creative agency is to provide solutions for their particular problems. The more specific our solution is to the client’s needs, the better.  And those solutions can only be arrived at by working with clients as partners, not blank canvases. That’s where growth happens, both for you and your Brands.

2) It gets boring, for everyone including you

Say you’re a great illustrator with a fun, quirky, pop aesthetic. Did you start out as that? Or is it something that you’ve only recently been exploring and you’re really proud of the results? Is it a style you’re committed to, for the rest of your life?

Chances are, no. As an artist, you probably want to do a lot of different things. You want to leave your mark on all the things. You want to explore every possibility you have the time and resources to explore. If you’re a filmmaker, your medium is the moving image. And you want to tell all sorts of stories within that medium. Everything from music videos to TV shows to cinema to YouTube videos to TikTok. Why not? Why not show everyone the stories that you, as a filmmaker, would tell using TikTok?

Think about your favourite artists. None of them got to the place they’re at, by doing the same thing over and over again. They experimented and evolved their way of looking at the world. They gained, and lost, styles over time depending on the needs of their current project. Sure, Quentin Tarantino has a recognisable writing style, but is Reservoir Dogs shot in the same way as Inglourious Basterds? Do they even share similar visual compositions? You could argue yes, and no. Yes, the visual compositions and the dialogue share a similar sense of hyper-characterisation. No, Reservoir Dogs is much more focussed on a rough-and-tumble guerrilla style of shooting because that style is a reflection of the characters’ lives, whereas Inglourious Basterds is treated as a classy period drama because Tarantino wants to associate that image of classiness with the idea of killing Nazis.

It’s a political statement that he makes using a particular style. Which brings us to our last point.

3) Style finds you; you don’t find it

If you, as a creative agency, are approaching every brief with a style in mind before even having read it, you need to take a second to reassess your way of doing things. The style you want to use is fundamentally dependent on what the brand strategy requires.

It’s a decision that needs to be taken after understanding how brand has to be perceived. Because only then can you know what is the visual style that suits their brand and product. No two brands are the same. We’ve been running the Bold for a good 5 years so take this on good authority: the vision behind every brand is unique.

Think of style as a flower. It emerges from the plant that is your Brand Strategy. And once it’s grown, it seems obvious in hindsight. Of course a startup that encourages people to both play a sport and learn about it would be called “Game Theory”! Of course! It seems silly now to not call it that. But did we have that in mind before even reading the brief? Before striking a relationship with the person building it? We couldn’t have.

And that’s what we’re gonna close with, for today: style isn’t something you inherently have or find, and then bring to your clients. It’s built from Brand Strategy.

Is Your Campaign Worth The Risk?

No seriously, is it?

As a creative agency, this is one of the hallmark questions that defines which ideas should even be pitched. You never know if your ideas will be dismissed out of hand for being too edgy or progressive or bold. You never know exactly how much the client is willing to risk to generate a buzz. You never know whether an idea is even good.

Except, you almost always know.

Every brand or industry has a history. If you’re working on an established brand, look at what they have done in the past. Not only that, look at how people have viewed them historically. What have their values been, and are those values still relevant to their primary audience? Once you ask this question, every other answer starts falling in place.

Take for example, one of the brands we recently did a lot of work for: CKC Jewellers. As a jewellery brand, their primary audience has been women for the longest time. One of the core philosophies that the brand holds dear is that of “Ethics”. Their legacy is associated with jewellery of the best quality, ethically sourced diamonds, fair trade and contributing back to society. So that’s one part of the homework sorted.

The other is understanding why there seems to be a disconnect between the current generation of women and the brand. The product hasn’t changed and neither has the brand’s core value of “Ethics” that was instrumental in growing their audience. Here, we gain an understanding that the audience themselves have changed. They didn’t associate themselves with the women in the CKC ads because they didn’t see themselves reflected in them.

So, simple. We change the image of women we use in the ads. Right? Not yet.

In the previous point, we solved the problem of what needs to change. Now comes the harder part of deciding how to go about implementing that change and why our current answer is the only one that makes sense. Simply put, all we know is that we need to update the imagery and visual style of the brand to suit the more modern aesthetics of our time. But what should that imagery be? Should it be a Bauhaus style deconstruction of the idea of femininity? Or should it be more playful, toying with the idea of jewellery as accessories itself?

Here, we encounter our second insight: women have changed and so has their relationship with jewellery. Women today are strong, fierce and and are empowered to embrace their quirks.

This insight leads to the idea of embracing body positivity in the campaign. We use images of real and influential women, instead of models, embracing confidence and showcase how jewellery adapts to modernity.

Is this enough to believe in this idea? Almost.

“Themes are for eighth grade book reports” – The writers of Game of Thrones, Season 8

If you are trying to build a case for your controversial, path-breaking, boundary-pushing campaign, you need to think about the core message of your campaign and how it relates to the brand. This part is arguably the most important. If you mess up one of the things in the previous couple of points, all you’ve messed up is the execution. But if your campaign doesn’t tie in with the core message of the brand, you’re going to have another Gillette on your hands.

They knew what they wanted to say and they knew how they wanted to see it. The most damning criticism, though, wasn’t related to what they were saying. The most damning criticism agreed with their core message that toxic masculinity is harming society but pointed out that Gillette still charges more for women’s razors than men’s. Gillette uses the “feminine” pink colour for women’s razors and the more “masculine” blue/grey for men’s. The most damning criticism isn’t that the campaign itself was wrong, it was that Gillette itself doesn’t believe in the values it is espousing. That’s what happens when you and your client are not on the same page. You can create the best, most amazing campaign for healthy drinks, but if the message is coming from a brand like Coca Cola, people are gonna drag you for it.

For CKC, we decided on the messaging to be representative of everything we had been talking about: empowering women.

We broke the template of regular jewellery ads by featuring real women, embracing who they are but never lost sight of the brand. The campaign shows how modern women may not conform to standards of the olden days, but they still embrace their heritage, culture and stand up for what they believe in, in their own way. The hashtag #MyWayMyStyle was paired with stories of real women who were accessorising their outfits with CKC jewellery.

So while our campaign changed the visual aesthetics of CKC alongwith our message of embracing empowerment, it wasn’t controversial in the slightest.

Coming back to our original question, is your campaign worth the risk?

If you’ve done the work we did above, you should be able to answer that for yourself.

PrevPreviousWhat is branding?
NextIs your brand being misunderstood?Next

The Bold Creative is the collaboration of Vanshaj Kapur & Pragnya Venkatesh.  A Creative & Branding Agency in Singapore & Bangalore. We specialise in Brand Strategy, Visual Branding, Direction, and Film Production. 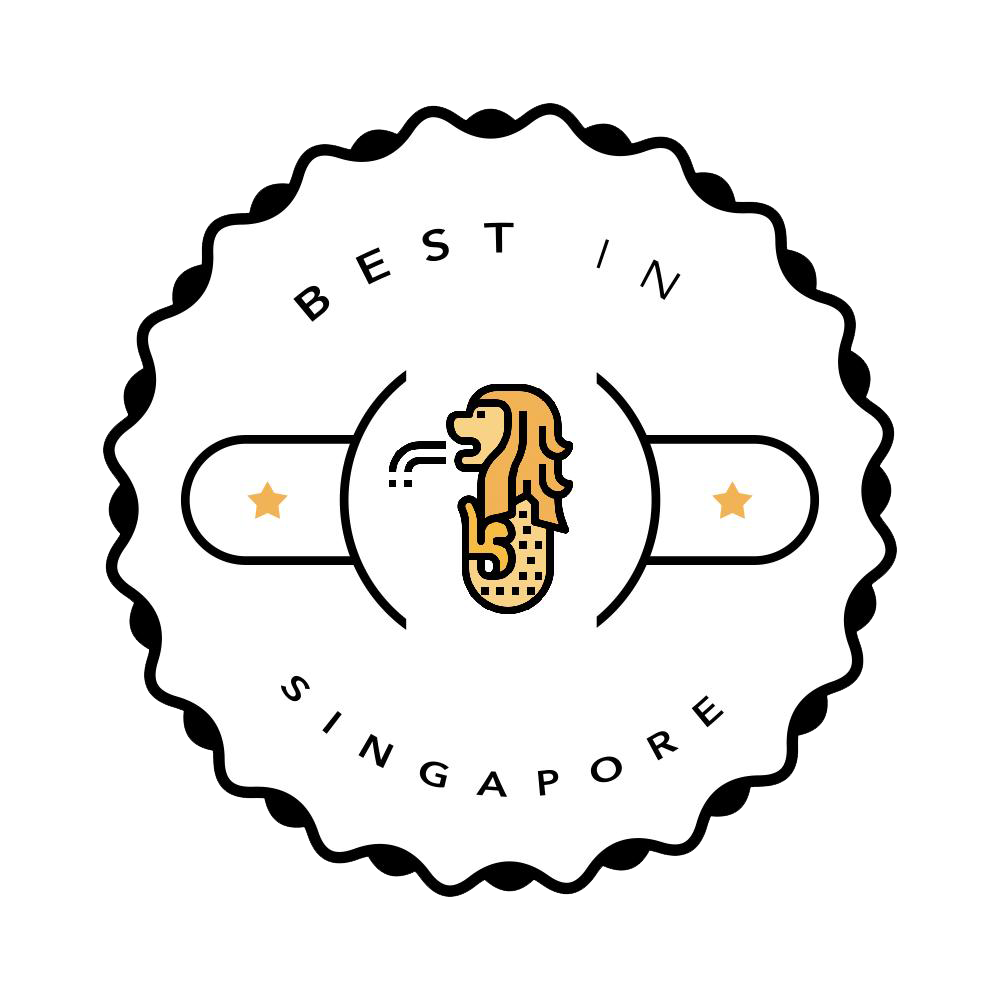